First winning season in 3 years. Of course, this year it was all Top 25 picks instead of random games.

Next year, I hope that someone wants to pick games with me or we have a group picking games. It is fun and interesting to see how other people see things differently than you.

As to the pick of Alabama being #4 and off to the playoffs, I think they got it wrong. I would have put Ohio State in (God how I dislike either team). But I don't have a voice in it. I think that the committee gave too much credence to what injuries meant to losing, and prejudices that are assigned to conferences both positive and negative. Also, they don't seem to mind how Alabama manipulates their schedule to basically have two byes before their LSU and Auburn games and how the SEC "second-tier" teams cannot stand up to challenge those programs that are at the top..

I went 4-1 in my 5 Big Ten Road picks last week (Ohio State fell short by 1 point, figures). I am assured of a winning record this year. Right now I have Wisconsin as my #1 team in the land and UCF is at #5 and could get into what would be my Top 4 if things fall right. I know my rankings don't mean anything. But let's get the final week of picks done and celebrate victory.

13 Games above .500 with a couple of weeks left. I am starting to feel good about finishing with a winning record. Cupcake Saturday helped last week.

Sorry about the lack of refinement for the picks. I was on the road and about an hour and a half before the games started and didn't anticipate that I would get to my home anytime soon. So let's do the usual format below the page break.

The season record is 50-45-5. Picking these games where two ranked teams are playing each other is tough. I like how the professional gamblers will pick a Western Michigan vs. UTEP game for their leadpipe lock of the week, but you have to pay for anything about games that you care about.

1. Arkansas at (24) LSU (-17) - This is probably a sucker bet. Arkansas isn't playing up to their potential, but LSU isn't a powerhouse offense either.

I am now 5 games above .500 after a 5-4-1 week. The first rankings are out for the playoffs and I can see 4 out of the Top 6 losing before the end of the season, and that doesn't take into account for games where an also ran comes up and takes a bite out of a favorite.

1. (6) Ohio State at Iowa (+18) - There should be a letdown from the Buckeyes after the comeback vs Penn State last week. The Iowa defense is tough and the Hawkeyes play ranked teams close at home.

Still 4 over .500. If you feel that I am wrong or just spewing nonsense, all comments are welcome.

1. (5) Wisconsin at Illinois (+27) - The Badgers will win this game. But on the road, it won't be a 4 touchdown win. Even though the opponent is Illinois.

Winning The American League Is Not Enough 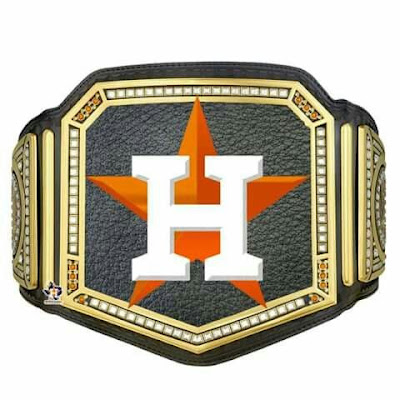 Sorry Zeb. I had to put this on the blog. All of the fans of the non-legendary teams should be rooting for the Astros.
Posted by Brent at 11:56 PM 2 comments

1. (10) Oklahoma State (-7) at Texas - The Longhorns look better than they did at the start of the season, but the letdown from losing to Oklahoma will be seen this week.

As Seen On TV


I don't know if any of you watched last night's Boise State - San Diego State game on CBS Sports Network, but I saw this Aztec Shops commercial for the first time. This 30-second promo is an excellent way to illustrate what has happened to San Diego since the Chargers left for Los Angeles.

Why do I bring this up? It's worth noting that even though the Aztecs played their worst game of the season last night, the attendance for the game was 49,053. Or as I cracked on Twitter last night, two StubHubs.The best part? Unlike Chargers home games in the soccer stadium up the road, most of the fans in attendance for the Aztecs game at SDCCU Stadium were wearing red for the home team.

I hope this game is a wake up call for the City Council. We don't need the NFL here in San Diego. We're just fine being a college football city. Renovate SDCCU Stadium for our team, or build a smaller one and kiss the NFL and their greed goodbye.


Posted by Robzilla, Native of Slam Diego at 12:30 PM 0 comments

Haters, go right ahead and hate

After 55 Years, The Astros Reign! 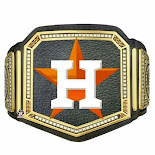 I hope all the greats of the franchise are smiling 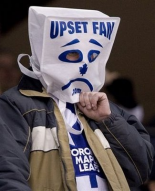 Wednesday is just around the corner.